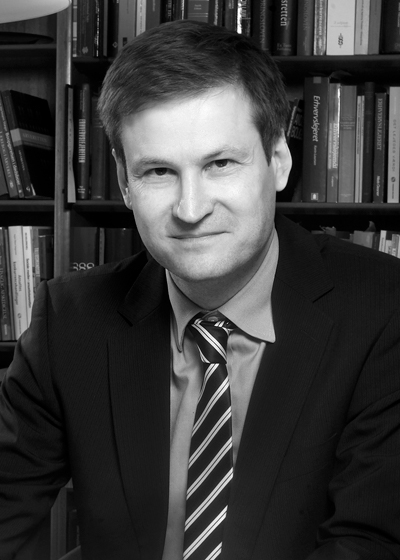 Sole-distributor agreements are not directly regulated in Danish legislation, and the starting point is therefore that the producer and the exclusive distributor have an extensive contractual freedom to decide the terms of their cooperation. Inspiration can be drawn from the Commercial Agent Act when interpreting the contract; however the Commercial Agent Act does not apply directly. This means, among other things, that compensation cannot be required for loss of clientele (goodwill) when the agreement is terminated. Danish law presumes that the exclusive distributor includes the profit necessary to compensate in case of the termination of the agreement, in his resale price.

There are no formalities required to execute the agreement. It can be concluded orally, in writing or it can be implied, i.e. on the basis of a longstanding cooperation of the parties. It is the rule rather than the exception that an actual written contract is drafted. Typically there is an initial correspondence that may be useful for the determination of the agreement and the prerequisites hereof later on. Through case law and general contract law, general unwritten legal principles have been developed, which, to a certain extent, and in lack of a written contract, regulate the content of sole-distributor agreements. However, it is the person, who wishes to rely on the existence of an agreement, who has to prove the content. If a secure legal position is desired a written agreement should be concluded.

Who is Considered to be a Sole-distributor

The Exclusive distributor and Competition Law

Provisions that obligate the exclusive distributor to abstain from competing with the producer after the termination of the contract, are covered by the Danish Competition Act as well as § 38 in the Danish Act of Contracts. Long-term non-competition clauses can hardly be expected to prevail.

If sole-distributor agreements have Community dimension they may also be covered by EU-competition law.

Exclusive distributors, who do business in Denmark, must be registered in The Central Business Register (CVR), where all corporations (ApS, A/S) or partnerships (I/S) are registered. The corporation must also be registered for VAT at the tax authorities.

General Observations on Obligations and Rights in Sole-distributor Agreements

The Sole-distributor Agreement is typically the start of a longstanding business cooperation with the purpose of distributing the producer’s products in the exclusive area of the distributor. This will usually be stated in the contract and it has also resulted in a series of unwritten obligations, which is assumed that the exclusive distributor and the supplier meet.

Exclusive distributors are not necessarily obliged to abstain from selling competing products; however the exclusive distributor as well as the supplier is obliged to act in good faith when trading with each other, and keep each other informed concerning matters that are significant for the market, sale and marketing of the products covered by the sole-distributor agreement. The sale of substantial competing products falls within the scope of the obligation to notify the producer and failing to inform the producer hereof may, depending on the circumstances, constitute a substantial breach of contract, giving the producer the right to terminate the agreement.

The supplier cannot be forced to supply the products; however the exclusive distributor is, in the case of repeated breach of the supply obligation, entitled to terminate the contract and seek compensation for his loss, i.e. lost business, founding- and marketing costs etc.

Duration and Termination of the Agreement

Sole-distributor agreements can be concluded for a specific period of time or indefinitely. According to case-law, if the agreement is concluded indefinitely termination may be effected with reasonable notice. In longstanding relationships, i.e. 7 years or more a reasonable notice is 6 months. In shorter relationships 3-6 months can be considered.

Damages and Compensation for Loss of Customers (goodwill)

If the sole-distributor agreement is terminated earlier than allowed in the terms of the contract, even if it is concluded for a certain period of time or it is wrongly terminated, the exclusive distributor will have the right to damages for the loss of his income (margin) until the point in time where the agreement would have ceased, had it been terminated with proper notice. The claim is calculated according to common Danish principles of tort and damages. Consequently an economic documented loss must have been suffered.

The exclusive distributor does not have the right to compensation for the loss of customers (goodwill).

General Observations on the Danish Market and Choice of Sales Organisation

According to the latest study carried out by the World Bank, Denmark is the easiest country within Europe to establish and operate a corporation in. Furthermore Denmark has one of the most solid economies of the world. This manifests, inter alia, in Denmark’s qualification as an AAA country at the rating bureaus:

“The Danish economy has many structural strengths,”Maria Malas-Mroueh, an analyst from the Fitch rating agency, told Politiken newspaper. “It’s versatile, personal income is high and there are robust economic, political and social institutions. A long tradition of sensible economic policies is reflected in a relatively low level of structural unemployment and a stable currency.” Ivan Morozov from Standard & Poor’s added that Denmark’s prized triple-A rating is a result of the government’s “continued commitment to fiscal discipline and growth orientated macroeconomic policy”. (September 24th, 2012, Copenhagen Post)

In spite of the above the Danish market is a very small market compared to the rest of the markets within the EU*:

Undoubtedly, a fact that means that many foreign corporations, when deciding in which markets to invest overlook or disregard the Danish market entirely.

However, Denmark is a very strong and wealthy market, if the absolute size of the market is disregarded.

The price level is the highest in the EU and the competition is the lowest! Thus there are great opportunities to sell products on the Danish market gaining a profit that is not possible within many other markets around the world.

Regardless of the opportunity of a great remuneration in the Danish market, establishing a corporation is obviously not attractive if the costs of establishment exceed profitability to such a degree that it would require several years of operation to cover the costs.

The costs can swiftly become significant, if establishment includes rent or purchase of real estate, hiring employees and generation of an independent sales-unit, creation of a subsidiary etc.

Especially on the Danish market it is appropriate to employ external assistance, i.e. commercial agents or exclusive distributors. Denmark is a country with small and medium-sized corporations that are eager to act as a spearheads on the market when new products are introduced.